Hailing from Finland, Omnium Gatherum is a band playing fierce death metal with breathtaking melodies and progressive originality for people in the metal field looking for something different that still is catchy. A band that truly walks itâ€™s own path proudly and shows some new exciting sides on identifiable character. A band of many directions and styles, some of them clearly visible while others were more unseen - namely working and keeping it all together under the moniker of melodic life-and-death metal and bastardizing it with various influences. Adult oriented death metal that it isâ€¦

During the first spring rays of 1996 a thing called OMNIUM GATHERUM took its first steps and shapes in a gloomy and oily cellar in the south-eastern harbour town of Kotka in Finland. Omnipotent young fellas Markus Vanhala and Olli Lappalainen (who's still a part of the band as an art designer & have made all the OG artworks since the very first demo) were extremely influenced by the rapidly ascending wave of scandinavian melodic death metal and the polar alliance between brutal death metal spiced with the despairing Finnish melancholy. The result of intensive training was seen as a four demos; "Forbidden Decay" '97, "OG-ep"'98, "Gardens, Templesâ€¦This Hell!" '99 & "Wastrel" '01, that built up a quality cult following in the underground scene and set standards for the up-coming.

After the highly acclaimed "Wastrel" demo the band signed a deal with the growing UK metal label Rage Of Achilles and were sent right away to the Sonic Pump studio in Helsinki with Nino Laurenne to re-record their latest demo as debut EP entitled "Steal The Light" during the last days of 2001. The debut EP was released after a long, long wait in September 2002 and both the critics and the audience seemed to like the stuff and the metal medias awakened for the new Finns.

The debut full-length album "Spirits And August Light" was released in April 2003 via Rage Of Achilles and gave the band some well deserved attention within the underground metal community and the press. The album showed another side to the light: despite the clear and catchy melodies and the stable rhythm all along the way it had a lifelike taste of dirtiness to it, with desperate love and uninvited hate searching for an outlet, like something you didn't want to see happen but it did nonetheless. The reviews were unbelievably great, for example being the only Finnish band then so far with a debut review of 5/5 in Kerrang! and all the major metal magazines followed in the same vein. So far, so good... so what!

Next in line to be was the band signing to a metal giant label
Nuclear Blast in the autumn of 2004 to release the second album "Years In Waste", as also re-issues from the "Steal The Light/Spirits And August Light" via NB. More technical, more progressive and
sophisticated, thus naturally more difficult also, while at the same
time keeping distance to the listener. The new recipe was completed
with themes from the wasted youth and the verses of fall. "YIW" showed another way out from the great depression, and OG did the first festival appearances outside Finland. In the spring 2006 an era came to an end. The long-time singer Antti Filppu was replaced by Jukka Pelkonen aka J, sealing the long-awaited homecoming of our Wastrel (for lyrics and commentaries, go to
http://www.wastrelcominghome.blogspot.com ).

The debut album of "The new OmG" - featuring J on vocals - was released in April 2007 after a successful UK headlining tour and signing with British Candlelight Records. "Snakes Way" is an endless road dealing with the choices in our existence and the temptation within the mind of every soul on this third planet of ours, and unfortunately so many people are stuck. Gladly OG didn't get stuck with the album and the "Snakes Way" conducted the band to do tours abroad with Dark Tranquillity, Caliban and Entombed, spiced with a large amount of Finnish headlining gigs and the #31 position in the Finnish national album chart!

The 4th album "The Redshift" & year 2008 introduced the camp OG in its very strongest form seen yet. The album were recorded in the spring days of 2008 once again by their court engineer Teemu Aalto and it was mixed/mastered at Unisound Studio in Sweden by the legendary metal-mastermind Dan SwanÃ¶ himself, who even commented the album with his nice words: "You won't find a better album in years!" The album was full of contrasts; melodic but yet brutal, lots of changing atmospheres, moods from sorrow to joy and from hope to despair, very catchy but still stand outs after lots of listens and the sands of time. The album themes are about that certainty, when you reach a point in your existence that makes you transform into something new and improved, It is about going faster and yet more calmly than ever before, It is a salute to knowing oneself and the space that is around! The redshift riders were sent to playing all over the Europe about 100 shows in support of the album, doing festivals and tours in Europe alongside Nile, Grave, Swallow The Sun, Insomnium & Dark Tranquillity, and even gained a #24 position in the Finnish album chart. Change for the better!

"New World Shadows" - the most honest, unique and grandiloquent magnum opus of Omnium Gatherum shows an ever-evolving band unafraid for musical exploration even after 15 years of intensity! The moods and emotions swirling in the midst of the cauldron are the result of a challenging dramaturgy based on thinking outside the box and reflected creativity beyond learnt structures. About the lyrical themes, for every "new world" there are "shadows" to be reckon with - It is merely a constant flux of variating motives and action. "New World Shadows" masterpiece were again recorded by Teemu Aalto & mixed by Dan SwanÃ¶, who also provided some amazing clean vocals for the album. This is for sure the great northern death metal without limitations - really melodic and intelligent but still aggressive and heavy as a really heavy thing, aside quoting feels from prog rock to even AOR - this is adult oriented death metal in it's most epic & purest form!
No audio samples have been linked to this profile. 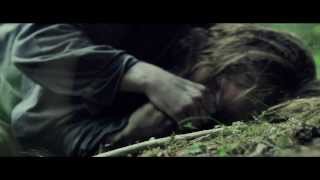 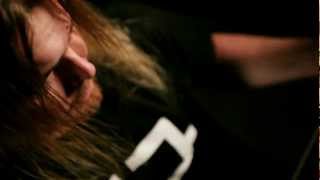