Kevin George
kjsgeorge@gmail.com
2508586361
Contact Info
Past Shows (1)
Joe-sph.
A misspelling. A mistake.
A badge of honour. A testament to uniqueness.
For decades, Kevin George was told that the spelling of his first middle name, "Joesph", was the anglicization of his grandfather’s name, Giuseppe (which actually doesn’t even make sense). Only in his 20’s did his mother finally admit that the spelling was, in fact, a mistake.

What was once a source of pride in his Italian heritage quickly turned into a potential embarrassment, but instead of taking it as such, Kevin recognized it as a testament to uniqueness. How many other Joesphs are there in the world? And when paired with his second middle name, "Sydney", who else could possibly carry this moniker?

To Kevin, uniqueness is a quality to strive for above all else as a musician. So when it came time to give a name to this project, there was no doubt that "Joesph Sydney" was the only option. No other name could so accurately speak to the idiosyncrasy of how he strums a guitar, plucks a bass string, hits the drums, or sings a song. Love it or hate it, Joesph Sydney is only meant to sound like Kevin George.

View all tracks for this artist (4) 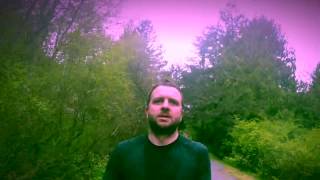 In this video: Joesph Sydney
Posted: Jun. 13, 2018
Status: Available for Shows/Gigs
Ready with 45 minutes of original music as a three-piece. - Last confirmed Jun. 13, 2018
Submit info on this band to our admins