Music: Classical, Jazz / Blues, Pop / Rock / Indie
Pugs and Crows are back and bolder than ever with their new album – Everyone Knows Everyone, Part 2 – guaranteed to send listeners on an epic sonic journey with its fully immersive sound. The second half of a double-album, produced by longtime collaborator Chris Gestrin and featuring special guest guitarist Tony Wilson, is their third release following JUNO Award winning Fantastic Pictures.

Co-presented by No Schmo. 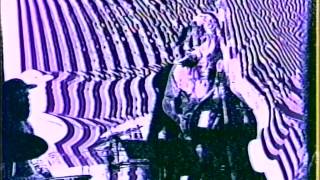 Inhabitants continue to push forward into new sonic territory with "A Vacant Lot", their third full-length on Drip Audio. Spacious and expressive, the new album explores the dynamic relationship between chaos and form through experimental sound, intuitive group interplay and instrumental composition. There is new diversity in the music; rich textu... more info
Audio: Main Drag
Submit info on this show to our admins